Contribution of assets to the foundation

As already explained in our previous articles, the purpose of the foundation is to use a certain contributed asset for a (self-defined) disinterested purpose. How and when these assets are contributed, and what exactly is the object of the contribution, will determine the tax consequences.

Contribution to a foundation in general 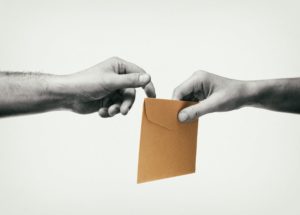 According to Belgian civil law all gifts must be made through a notary by a notarial deed. Subsequently, notaries will submit their notarial deeds for registration to the competent office of legal certainty, which they are obliged to do by law. After registration, the deed is then submitted by the office of legal certainty to the relevant tax administration, who will then levy and collect the actual gift tax (i.e. Flemish, Brussels or Wallonian tax administration)

However, jurisprudence and doctrine developed a – generally accepted – practice of alternative forms of gifts according to which a gift can be done without a notarial deed and therefore without having to go to the notary. An example of such an ‘indirect’ gift is a transfer of money from one bank account to another (so called ‘bank gift’). Since such gifts can be made without a notarial deed and, are not (necessarily) registered, it is possible to do a bank gift without paying gift tax.

One of the consequences of this method of gifting is that inheritance tax will be due over the gift if the donor passes away within three years of the date of the gift. This does not, of course, alter the fact that a beneficiary can still voluntarily submit the gift for registration. A beneficiary will usually do so if the donor’s death (within three years after the gift) was to a certain extent foreseeable, e.g. due to illness, in order to still be able to benefit from the gift tax instead of the (often higher) inheritance tax.

The founder can choose, as will usually be the case, to contribute a certain amount of capital or other property to the foundation as soon as it is set up. Since the establishment of a foundation has to be done by notarial deed and the notary is obliged to submit all his deeds for registration, this contribution will be subject to gift tax. In the Flemish region such contribution is taxed at a flat rate of 5.5%, in the Brussels region at a flat tax rate of 7% and in the Wallonian region at a flat tax rate of 7,7%. If the contributor is a legal entity (non-profit organisation or a private foundation), the contribution will only be taxed with a fixed amount of €100 in all three regions.

It is therefore possible to contribute assets to the foundation at its inception, but it is equally possible to contribute after its incorporation or to an already existing foundation. If such later contribution is made via a notarial deed, the same gift tax as above will again be due. If this does not occur, e.g. by means of an indirect gift (e.g. bank gift), no gift tax is due on this contribution. In that case, the foundation will still have to pay inheritance tax upon the donor’s death within three years after the gift was made.

It should also be mentioned that if Belgian immovable property is contributed at a later date, this will always have to be done by notarial deed, which will necessarily entail the levying of gift tax on the contribution.

Contribution through a will

During the foundation’s existence

The question then arises of how the tax authorities look at the assets and the acquisitions or distributions of property during the foundation’s existence. 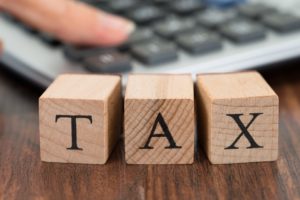 If the foundation carries out profit-making activities in pursuit of its disinterested purpose, it will in principle be subject to corporate income tax. If the foundation limits itself solely to the management of its assets, it will in principle be subject to the (more advantageous) tax on legal entities. Of course, this will always depend on the actual activities, which will have to be assessed on a case-by-case basis.

With regard to distributions of property made by the foundation during its existence, it’s very clear that the foundation may not, as a principle, distribute any material gain to ‘the founder, the directors or any other person’, unless in fulfilment of the disinterested purpose of the foundation. Of course, this may not lead to a situation where the disinterested purpose is stipulated in such a way that it enables a pure transfer of assets from the founder to his heirs in order to avoid gift or inheritance tax. This means that the deed of incorporation will have to prove that it is really the intention to pursue a disinterested purpose, that the distributions are also strictly part of the realisation of that purpose and that the board of the foundation acts according to its own insights and not on the instructions of the articles of association. It is the tax authority that will guard the boundaries here.

Furthermore, a patrimony tax was introduced to compensate for the lost inheritance tax: since a foundation cannot die and in theory can continue to exist for generations, the tax authorities always miss out on inheritance tax ‘per generation’ on the contributed assets. This tax amounts to 0.17% and is calculated on the entire assets of the foundation on January 1st of each year. However, if the foundation has assets of no more than EUR 25,000, it is exempt from this patrimony tax.

Upon dissolution of the foundation

A foundation can be dissolved for various reasons. It is possible that a certain (sometimes substantial) capital will still be available when the foundation is dissolved. The question then is to whom these assets will be distributed and how the tax authorities treat such ‘distribution’. 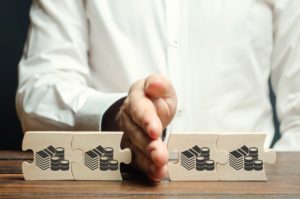 In principle, the foundation’s articles of association will determine what should be done with any remaining assets if the foundation would be dissolved. There is a possibility – but only under strict legal conditions – that the articles of association stipulate that in such case the assets will flow back to the founder or his heirs. Such a statutory provision is not unthinkable if the disinterested purpose includes the care of a child with a disability and this child would die.

A very important aspect of the private foundation as an instrument of wealth planning is that the founder or contributor completely renounces his or her assets to realise a disinterested purpose. It is therefore not intended as a means of controlled transfer of assets to heirs.

Whether the foundation in question lies on one side or the other of that boundary between the two objectives will depend on the chosen disinterested purpose. This is where the possible tax uncertainty lies. After all, in practice, this objective will be the touchstone for the tax authorities to determine whether the recipient should pay gift or inheritance tax on the payments made.

If the intention is truly to pursue a disinterested purpose, both the contribution and the subsequent distribution – depending on the method and the assets – can be made in a tax-friendly manner.

Are you interested in the foundation or in other techniques as part of your wealth planning? Please feel free to contact us for an informal discussion.

Sufficiently protected as a shareholder?

Register to our newsletter?

All news
The general meeting, some frequently asked questions
News 15/06/2022

Deminor debate evening at La Grand Poste on 19 May 2022

A shareholders’ agreement: what, why and how to get started?

The valuation of the family business